They will amaze you with their talent as they bring the superstars of music to life. 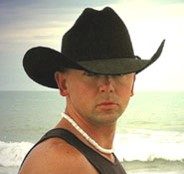 Dennis Murphy didn’t set out to impersonate Kenny Chesney; however, so many people believed he was the country music sensation, it just sort of evolved. At first, he did it for fun, posing for pictures at corporate events but being a professional musician, Denny decided to step on stage to perform.

Denny looking like Kenny is unbelievable, but the voice.  Well, the voice is incredibly close.  Combine the look and the voice with a high energy performance and you get the top Kenny Chesney tribute artist in the country. 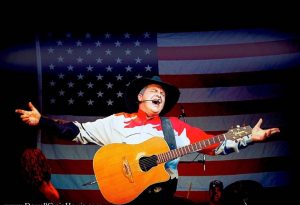 Dean Simmons followed the footsteps of his father, uncle and grandfather to a life of performing country music. By 1992 Garth Brooks was dominating the charts, and Dean found himself loving and learning Garth’s music.  After hearing many comments on how remarkably close he sounded on Garth’s songs, Dean set his sights on building an act to pay tribute to this modern country music icon.  After extensive study of Garth’s music, concert footage and music videos, not only could he mimic Garth’s music, but he was also able to emulate his mannerisms; the walk, the talk, the laugh, and most importantly, the ability to engage, connect with and thoroughly entertain an audience.

Dean began his career as a Garth Brooks tribute artist in 1994.  In ‘96, producer John Stuart discovered and hired him to perform in the world famous “Legends in Concert” in Las Vegas, Myrtle Beach, Atlantic City, and several tours and one-night performances throughout the USA and Canada.  Dean is still the only “Garth” on Legends’ roster and still performs in many of the Legends shows.

Dean Simmons now celebrates 24 years of giving audiences across the country the a live Garth Brooks experience that is performed with respect and amazing accuracy.  His shows are a real sincere tribute Garth Brooks – the man and his music 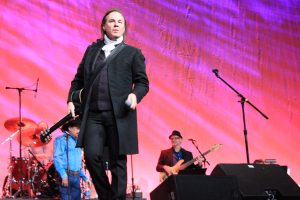 A native of Humble, Texas, Randy came up thru the Texas music scene in the late 1970’s. At 15 years of age he was making his own records and thru the influence of Houston radio personality Arch Yancey (KNUZ) his first single releases were receiving significant Texas radio airplay as well as being a regular guest singer at Gilley’s night club and many other popular dance-halls around the Houston area.

By the time he graduated high-school, Randy was a guest star on WSM’s Grand Ole Opry hosted by Roy Acuff. “Mister Roy (Acuff) had one of the finest bands I’ve ever played with. We did a goosed-up version of my record, ‘Mountain Dew’ and it was just so much fun. An amazing experience for a kid of 18.”

He made the move to Nashville to attend Belmont University to learn the modern recording arts and pro songwriting skills. Throughout the 1980’s toured North America and the Middle East as a featured artist with The Knott Brothers Band.  They would go on to be opening shows for Hank Williams Jr., David Allen Coe, Johnny Paycheck, and Lee Greenwood. As the decade was closing Randy C Moore was back at being a solo artist and writing songs with Pat Bunch, Restless Heart, David Lee, Jessie Hunter, and rockabilly legend, Carl Perkins.

Randy developed a tribute to Johnny Cash called “The Man In Black” adding yet another layer to his live performance and schedule.  Randy has performed his tribute to the great Johnny Cash all over the country.  His ability to sound like Cash allows audiences to enjoy what it must have been like to see The Man In Black in person. 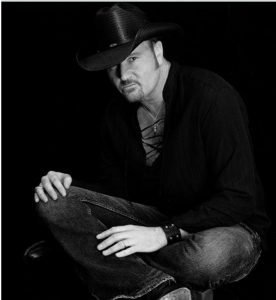 Singer, emcee, impersonator, and magician — Buck has appeared on ABC and Fox TV prime time television  Buck, an accomplished guitarist and songwriter,  broke on to the national scene on the highly rated network show “Performing As” paying tribute to one of his favorite Country stars, Tim McGraw.   Buck is a phenomenal entertainer who mixes a bold stage presence with a tremendous sense of humor.

Buck has received accolades from both party-goers and professional corporate groups alike. Buck performs every weekend at Legends Corner in Downtown Nashville. 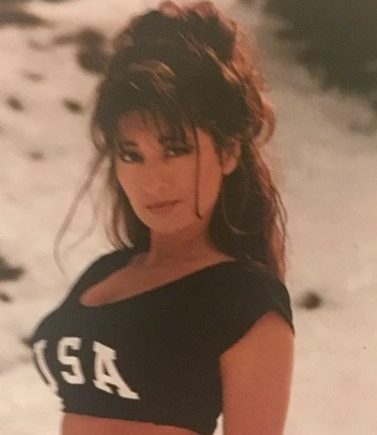 Country Music Artist/ Music Publisher Holly Hefner Nance moved to Nashville in the early 90’s after becoming runner up in three Miss Wisconsin preliminary pageants and earning her degree from the University of Wisconsin La Crosse. Since then, she has been the opening act for artists such as Loretta Lynn, George Jones, Lorrie Morgan, Tanya Tucker, and Keith Urban.

She has performed on national television shows, including; the National Anthem on ESPN, was a winning contestant on TNN’s BE A STAR and THE CHARLIE DANIELS SHOW, and a USA Network NASHVILLE STAR 3 Regional Finalist.

Holly began her Shania Twain Tribute at the “Tributes In Concert” production/show at the Stardust Theatre, has been featured in a number of music videos on CMT, GAC, and VH-1. 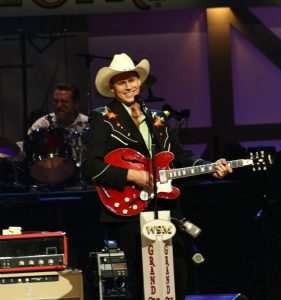 Tribute to the King - George Strait

The world’s most famous singing  troubadour comes to life on stage for your guests.  John, a professional guitar player and singer, captures the essence of the Modern Day King of Country Music, George Strait.  With his love for Straits’ style of music and more than once being told he should consider a George Strait Tribute Show,  John began performing as King George in 2017.

Singer, guitarist, and bandleader John England has played with Trace Adkins, Rodney Crowell, Andy Griggs, Darlene Love, Loretta Lynn, Carrie Newcomer, the Pointer Sisters, and Pam Tillis. England was named Best Male Singer of Western Swing by the Academy of Western Artists in 2009 and 2010. He leads Nashville-based band John England and the Western Swingers, who have played every Monday night at Robert’s Western World on Lower Broadway since 2001.